A brief history of grading

William Farish was a tutor at Cambridge University in England in 1792, and, other than his single contribution to the subsequent devastation of generations of schoolchildren (grading), is otherwise undistinguished and unknown by most people.
Getting to know his students was too much trouble for Farish. It meant work, interacting and participating daily with each child. It meant paying attention to their needs, to their understanding, to their styles of learning. And it meant there was a limit on the number of students he could thus get to know, therefore, a limit on how much money he could earn.
So Farish came up with a method of teaching that would allow him to process more students in a shorter period. He invented grades. But the grading system had originated earlier in factories, as a way of determining if a product, for shoes, made on the assembly line "up to grade". It was used as a benchmark to determine if the workers should be and if the shoes could be sold.
Forward to day, all businesses, regardless of industry, are entrenched with grading and benchmarking information to enhance revenue and limit costs. The mining industry is a prime example, the grade of an ore mineral, or metal, as well as its form of occurrence, will directly affect the costs associated with mining and processing the ore. This cost of extraction must be weighed against the metal value contained in the rock to determine, what ore can be processed and what ore is of too low a grade to be worth mining.
FREE Download - emew Liberators for Copper Refineries

Copper (Cu) possess a very wide range of properties that it invaluable for many applications. More than 80% of copper produced today is used for electrical conductivity (60%) and corrosion resistance (21%).  Copper minerals and ores are found in both igneous and sedimentary rocks; mining of copper ores is carried out using one of two methods: underground mining or mining. For commercial exploitation, copper deposits generally need to be more than 0.5% copper, but preferably over 2%. 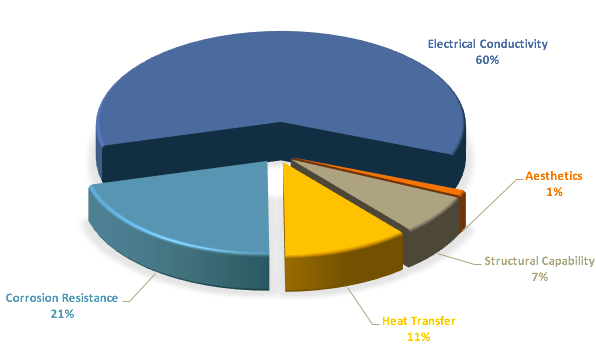 Figure 1- Primary usage for copper and copper alloys, based on results of a survey of the primary properties required when copper is being selected for the manufacture of products.

Grades differ in metal concentration and in the types of "impurity" elements contained. The known reserves of higher-grade ore in the world amount to nearly 1 billion tons of copper. And at our present rate of mine production, approx. 13.9 million tons (12.5 million metric tons) a year, the known reserves of copper could be depleted in roughly 65 years.
While low-grade deposits appear less profitable, porphyry copper deposits typically contain hundreds of millions of tonnes of ore. In porphyry copper deposits, for example, copper grades range from 0.2 percent to more than 1 percent copper, and these porphyry deposits are one of the most important sources of copper in the world.
At present, the global average copper ore grade from copper mines is approximately 0.62% Cu content, and this number is expected to decrease, as mines with higher ore grades become exhausted.
There are many other factors causing a shift from high to lower grade ore including:

There are two main processing routes, depending on the type of ore present, sulfides or oxides. After ore sorting and grinding, used in both types of ore, the main technique used for concentration of sulfide ores is froth flotation followed by smelting and refining (pyrometallurgical process), while in the case of oxide ores and some low-grade sulfide ores, a heap leaching process is combined with solvent extraction and electrowinning, SX/EW (hydrometallurgical process).
In electrowinning, the copper must be reduced from the cupric form to metal, whereas, in the copper is already in (impure) metallic form and is merely transported from the anode to the cathode to purify it. The electrowinning process of copper requires more electrical energy than does the electrorefining process - an average of about 2.2 kWh/Kg for electrowinning vs about 0.70 kWh/Kg for electrorefining. 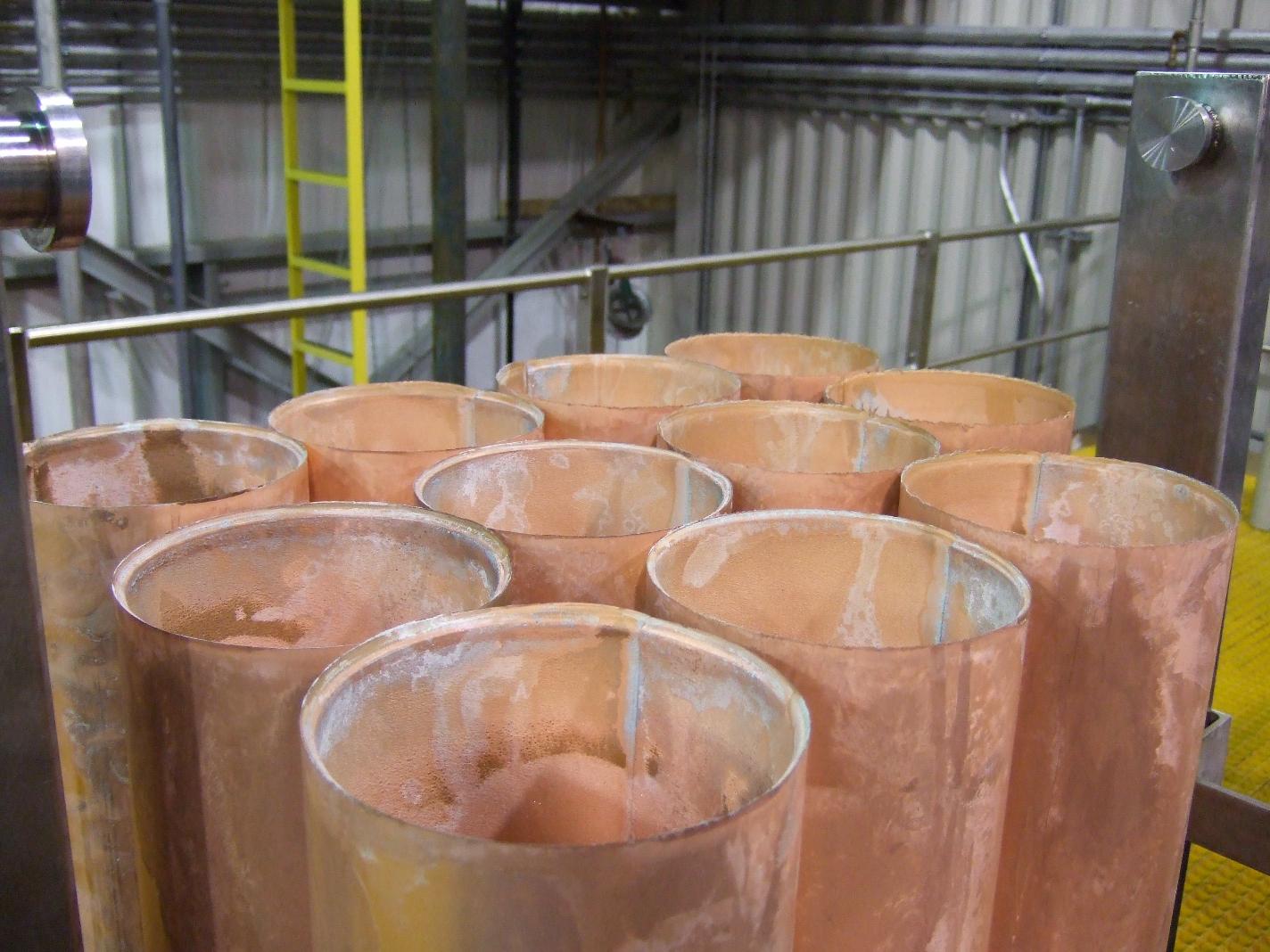 Copper, historically, has been smelted, however, increasing environmental issues are promoting the processing of concentrates via hydrometallurgical methods. The process is a hydrometallurgical process that operates at ambient temperatures, with copper in solution (electrolyte) during processing until it is reduced to the metal and harvested at the cathode.
An advantage of the SX/ process is its low capital investment requirement, as well as, its ability to be operated economically at a small scale. Small-scale or "micro" mining can extract wealth from small mineral deposits that might not be worthwhile to exploit by traditional large-scale mining processes.8 An objective of micro-mining is to take full advantage of the mineral content, as most ores will have more than one significant metal value, and these deposits can allow for high margin operations. However, it is nearly impossible with conventional technology to sustain multi-metal processing within the cost and operating specifications desired for micro-mine operations.
The net result of systems is that high purity, saleable copper can be recovered from sources that in the past would have gone untouched, thus reducing the reliance on conventional ore bodies and decreasing Work in Progress (WIP) in operation. Additionally, the process can recover copper from waste/bleed streams and other low-grade materials that cannot be treated with conventional technology, and which previously would have been considered a contaminant to the environment and disposed of as hazardous waste at a high cost.
In conclusion, the hydrometallurgical SX/ process offers the copper industry with a process scheme that makes the extraction of copper more environmentally friendly, less hazardous for operators, and cheaper than conventional processes particularly for low-grade, mixed metal ores and small-scale ‘micro’ mining operations.  The process also provides opportunities for secondary sources (recycled materials, residues, wastes, effluents, scrap, etc.), with low-grade copper, to recovery value from so-called ‘waste’. What once was overlooked, low-grade copper is now an attractive target for copper producers.