The future of clean energy and its relationship to electrolytic metal powders.

I recently learned that metal powders have the potential to be the future of renewable energy sources. This is a relatively new venture, and an area of interest for us, here at , since producing metal powders is something we do daily. I wanted to explore the topic of the production of metal powders and explain more about how they are produced to create this renewable fuel source.

In order to make an electrolytic metal powder, the metals are reduced from aqueous solution, by deposition of powdered metal onto the cathode of an electrolytic cell. Copper, zinc, tin, nickel, cadmium, antimony, silver, lead, and beryllium powders can be produced with this method. The metal can either be deposited as a powder directly or as a hard layer, which can then be milled to obtain a powder. Alternatively, it can be deposited as a soft, spongy layer, which is somewhat between the two and can be easily removed by scrubbing.

Electrolysis can be defined as a method using electric current to drive a reaction; it acts as a reducing agent for a specific metal, electrodepositing it from solution. The electrolyte is either an aqueous solution or a molten salt. Aqueous solutions are used to produce metal powders that don’t have a high affinity for oxygen (eg. Cu, Fe, Ni); powders that are highly reactive with oxygen, forming stable oxides, are electrolyzed from molten salts (eg. Be, Nb, Ta, Th). Electrolysis can be done at mild temperatures (up to 60°C), in aqueous solutions, while molten salt electrolysis requires very high temperatures.

There are specific processing conditions that must be met in order to produce high purity metal powders, these include electrolyte circulation and temperature, current density, electrolyte conductivity, metal ion concentration, pH, and viscosity. Other factors include the addition of surface-active substances to constrain the growth of nuclei or other additives that can affect the growth and shape. 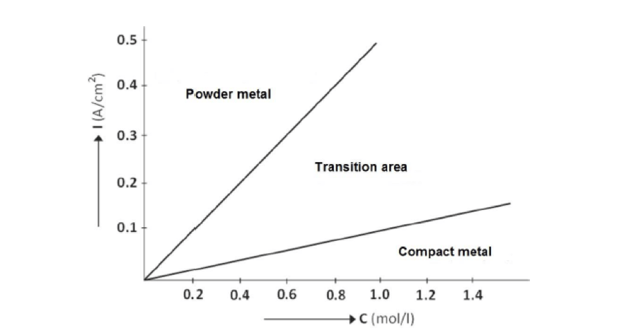 Fig. 1 Relation of the current density to the concentration of metal ions.

There are a few key advantages to making metal powders by electrodeposition, compared to other methods:

Although I believe the pros outweigh the cons, when it comes to developing metal powders electrolytically, the disadvantages are worth mentioning. Production of electrolytic metal powders often uses strong acids, which can be toxic and require waste disposal. The electrolytic equipment and ancillaries required obviously have an investment cost associated with them, but when compared to the extensive processing needed with other methods, it still comes out ahead. One very important factor to consider is the variations in density, and the residual impurities that can result from salt residues, therefore efficient washing is absolutely critical. Depending on the end for the metal powders, electrolysis can be the preferred method, but there are further steps that may be taken to obtain the desired characteristics of the powder, or final product.

After the powder has been produced, it can be mixed or blended, compacted, and sintered. 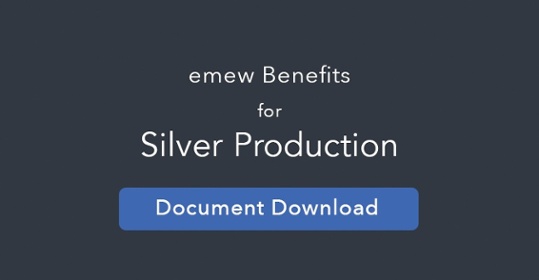 Mixing of powders can be done to produce a uniform distribution of powder, it is especially important when the powders are varying in size. Wet mixing, using water, can be used to help reduce dust; other solvents can be used to prevent oxidation.

Blending is when lubricants and agents are added; lubricants are generally added to separate metals, e.g. graphite, glycerin, oil, paraffin, and zinc separate.

Compaction can be done under pressure, or non-pressure. Pressure methods include die pressing, extrusion, forging, roll pressing, or vibratory compaction. Non-pressure methods are continuous, gravity, and slip casting. Once the powder has been pressed or compacted, it is referred to as the “green compact”.

Sintering is used to obtain a final product with maximum strength and hardness. This is carried out by heating the green compact in a furnace, at a temperature below the melting point (approximately 70-90%) in a reducing atmosphere. Sintering can be done in both the solid and liquid and can be thought of as the “bending” of particles by atomic diffusion. It develops a metallurgical bond between the powder particles, removes the lubricant from the powder, prevents oxidation, and controls the carbon content.

Great applications for electrolytic metal powders are filters, because of the strength, shock resistance, and high porosity – good for filtering air and fluids; cutting tools and dies; machinery parts, such as bearings, gears, sprockets, with the use of graphite to adjust to the desired carbon content; and magnets. Sixty of the 88 metals on the periodic table can be obtained via electrolysis, generating powders from 5 – 200 μm in diameter. Specific metal powders may be of preference, depending on the application after production.

Copper powder and copper alloys are frequently used in commercial materials and in engineering because of their corrosion resistance, easy production, high conductivity, and resistance to fatigue. One of the biggest problems with copper alloys is that they have low intrinsic strength, which is why they are often alloyed with other metals to help provide particle strengthening; these reinforcing metals are Cr, Mo, Nb, Ta, V, W.

Copper powder is produced by using copper sulfate (CuSO4) and sulfuric acid (H2SO4) in solution, with the addition of the acid to increase the electrolyte conductivity and decreasing the voltage needed to suppress the formation of copper oxide. The higher the concentration of copper in solution, the greater the current utilization, and therefore, the greater particle size and particle density. Elevated temperature leads to increased electrolyte conductivity and better utilization of current, but also creates a higher proportion of oxides. In order to prevent passivation, the anode current density should always be lower than the . In this case, passivation refers to the formation of a metal oxide, shielding the layers beneath, creating the outer layer of corrosion. 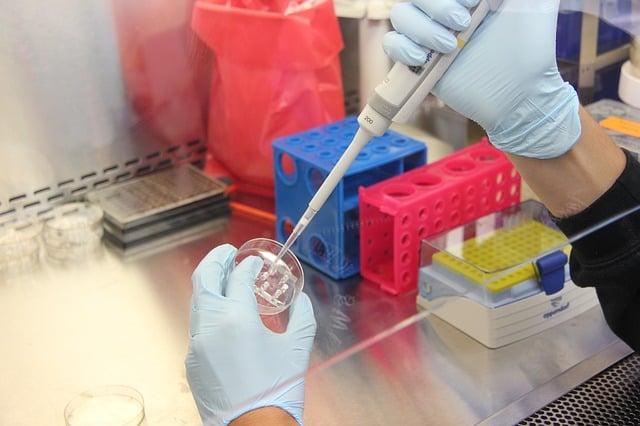 Electrolytic metal powders have seen many advances in the past few years, most notably as potential renewable energy sources. In 2014, Professor Bergthorson and his team at McGill University, in collaboration with researchers from the European Space Agency in the Netherlands, reported the concept of using metal powders as fuel for external combustion engines. The idea was that this new fuel source could be net zero-carbon heat and power, however, this idea has been utilized for decades now, commonly used in space shuttles, using aluminum powder as solid fuel. Metals have a higher energy density by volume, in comparison to hydrogen and many other materials that have been proposed for low-carbon fuels (e.g. petrol and methanol).

Bergthorson reported on the burning of metal powders as they react with air, to form stable, non-toxic solid-oxide products. These solids can then be collected for recycling, much more easily than the gaseous carbon dioxide currently escaping from our engines. After combustion, typical recycling methods for metal oxides, like iron oxide, are to reduce them with coal in a blast furnace, which emits carbon. There are alternative methods to coal to reduce it, such as using hydrogen, or biomass in chemical looping combustion.

Iron has been reported to have the best potential, since iron powders are produced in mass for metallurgical, chemical, and electronic industries, and the process is well known. Iron is also the fourth most abundant element in the earth’s crust, and the idea is that once it has been mined and used as a solid fuel, it can be completely recycled and reused. It is recognized that the system is flawed, in that the initial mining of the metals is not carbon neutral, however, this is the price we often pay to set up many of our current “renewable” energy sources.

Other new areas of research include high-entropy alloys (HEAs), which have the potential for use in challenging applications (eg. tools, , and functional coatings). These alloys are developed with five or more principal elements of concentration between 5-35 at%. They have properties of high-temperature strength, and corrosion and wear resistance, stemming from their unique microstructure. Recently, it has been reported that these HEAs can be synthesized via the electrochemical reduction in a molten salt from metal oxides.

The functionality of electrolytic metal powders and the ability to produce a product with unique characteristics, in far fewer steps than before, is really what makes them so valuable. With new avenues of interest being discovered for metal powders, such as renewable fuels, it only makes sense to continue production of these economically efficient materials.